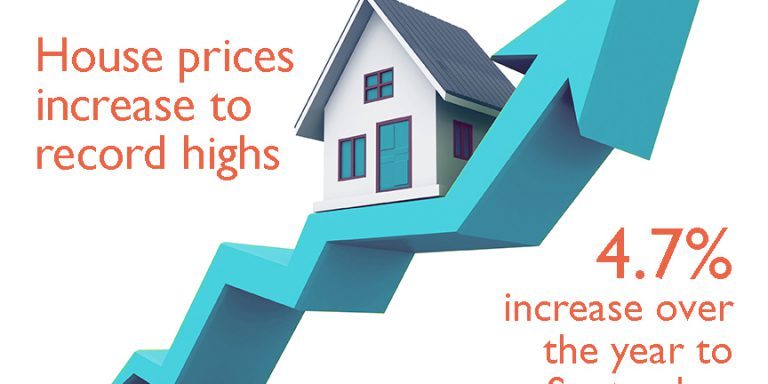 Average house price increases by 4.7% over the year to September

According to the latest UK House Price Index from the ONS and the Land Registry, average UK house prices rose by 4.7%, up from 3.0% in August to a record high of £245,000.

This comes before a second boost to the property market from lockdown 2.0 which has increased property demand similar to the boost the market received when restrictions were removed at the end of the first lockdown, and with the Stamp Duty Holiday still running, more people than ever are looking to move which has helped push up the average UK house price.

On a non-seasonally adjusted basis, the average house price in the UK increased by 1.7% between August and September 2020, compared with an increase of just 0.1% in the same period a year ago.

Paul Stockwell, chief commercial officer at Gatehouse Bank, commented: “As predicted, house price growth has intensified in September fuelled by pent-up demand coupled with significant cost-savings to buyers presented by the stamp duty holiday. I expect this trend will continue in the short term as buyers feel the urgency to secure property deals and allow time for completion before the tax break ends.

“What began as a disastrous year for the property industry has been turned on its head by government interventions, creating a surge of demand predominantly in England and Northern Ireland where the stamp duty reduction is greatest. This in itself has presented new challenges to the industry with property portal Zoopla estimating 418,000 sales in the pipeline nationally, 50 per cent more than the typical number for this time of year.

“Bank of England data has already indicated that mortgage approvals in September represented the highest levels of agreed borrowing since before the Global Financial Crisis more than a decade ago. But as pressure on the property industry resources grows, it will be interesting to see if the Government concedes to requests from the industry to extend the stamp duty holiday and alleviate the expected congestion in the new year.”

Contact us today, to discuss a FREE valuation and the Stamp Duty Holiday…