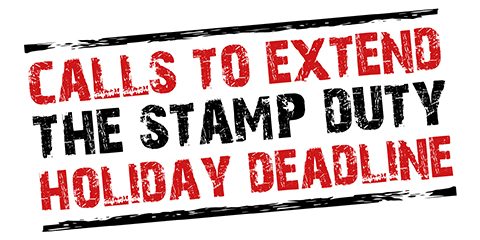 The property industry is being urged to continue lobbying MPs in an attempt to persuade the Government to extend the Stamp Duty holiday, which will currently expire on March 31.

The Guild of Property Professionals, along with other industry bodies, have stepped up their opposition to the deadline after it emerged the sector had been swamped with homebuyers eager to take advantage of the Chancellor’s decision to cut the duty for all properties bought for £500,000 or under.

Take-up was such that in late autumn it was estimated it would take as much as five months for sales to go through, meaning many buyers would miss out.

Several industry bodies joined forces to write to the Government, outlining why an extension would benefit the industry, the economy and, more importantly, those who were caught in the process of buying a property.

Then it was revealed more than 15,000 people had signed a petition asking for the holiday to be extended for six months, while many other agents took the direct approach and wrote to their MPs, which has yielded many, albeit standardised, responses.

Those ‘standard’ replies say: “I welcome the temporary cut to Stamp Duty Land Tax for home buyers across England and Northern Ireland until the end of the financial year.

“I welcome this measure as a crucial intervention to ensure medium-term confidence in the property market and maintain the growing momentum since the easing of lockdown.

“There is strong evidence to suggest that the temporary cut to SDLT is having the desired effect, with a 14.5 per cent rise in residential property transactions in July, followed by a 15.6 per cent rise in August. This is in addition to the 30 per cent increase in construction activity in July.

“I understand concerns regarding the backlog of transactions and the impact this could have on people whose purchases may complete after 31 March and I will alert my ministerial colleagues to the strength of feeling on this matter.”

The Guild’s CEO Iain Mackenzie has said he is “encouraged” that agents are getting replies but warned: “For the time being, the deadline remains, and many transactions will not make the cut-off.

“We will continue to encourage our members and the industry collectively to have their say and send their letters to their local MPs.

“An extension of the Stamp Duty holiday would be optimal, however. If the government decides against an extension, at the very least a phased-out period would help lessen the blow to people currently in the process of buying a home.”