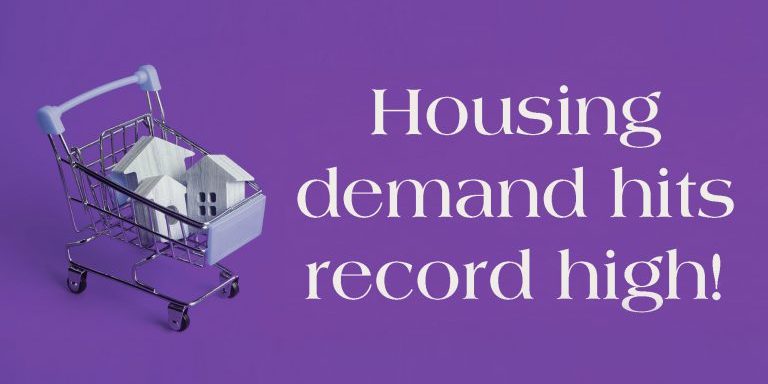 NAEA records highest ever number of buyers in October

The UK saw the highest ever recorded number of prospective buyers for the month of October, according to the latest figures from NAEA Propertymark. The average number of househunters per estate agent branch had fallen from 525 to 451 in the month of September, which is what makes this October spike so extraordinary, a surge which was an increase of almost a third (32%) from October 2019.

The average number of sales agreed per estate agent branch in October was the highest in 14 years. September is historically always greater than October, which stood at 14 this year, but for October, 12 is the highest figure recorded for that month in 14 years. Moreover, the number of sales per branch has increased by 50% year on-year and September saw a rise from 19% to 21% in sales to first-time-buyers.

This comes after positive news about the number of mortgages being approved being at its highest rate for 13 years and the boom the property market has felt in the past few months which is in part due to the stamp duty holiday as well as the pent-up demand after the first lockdown.

Chief executive at NAEA Propertymark, Mark Hayward, said: “Typically, we see the property market slow down as we approach the festive period and people put their sale on hold until the New Year. However, the pressure of completing sales ahead of the stamp duty holiday ending means that we have seen the number of potential buyers and the number of sales completed remain unusually high for this time of year.”